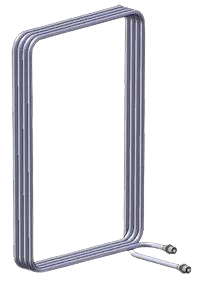 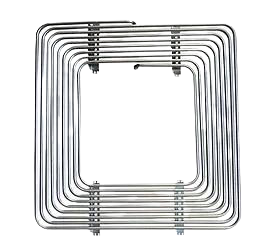 Cryo-coils are used to rapidly reduce the pressure inside a vacuum system. They use the same principle as a cryo-pump: they create a vacuum by freezing the water and other molecules. Another name for a cryo-coil is Meissner coil. Cryo-coils provide one of the fastest vacuum pumping methods because just as fast as a surface inside a vacuum chamber can be made cold, the vacuum pressure can be reduced.
​
Water vapor is 65% to 95% of the gas load in most vacuum systems. A cryo- coil freezes the water vapor and can reduce the pump-down time by 25% to 75%. The following chart on page 23 of the catalog on the left shows the water vapor partial pressure according to temperature. The colder the cryo-coil the lower the expected vacuum pressure.

Cryo-coils come in many shapes and sizes and often are made to fit within a certain space in a vacuum chamber. Between 1×10-3 Torr to 1×10-8 Torr the major residual gas in a vacuum chamber is typically water vapor. Cryo-coils are an inexpensive method to rapidly remove the water vapor. They can reduce the pump down time as much as 75% eliminating the need for the other expensive vacuum pumps.

Cryo-coils consist of a tube which is used to flow a cold liquid or gas and a large surface area. Often the coil is brazed to a shroud or backing plate. Other times fins are attached to the coils. 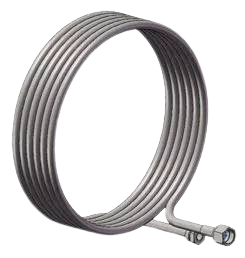 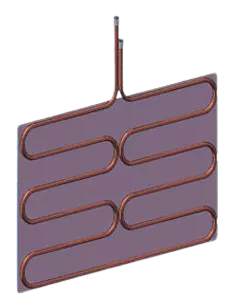